“I tied my six children to my body with a rope,” the 37-year-old Syrian mother tells me from her cubicle in Elpida, a refugee center for vulnerable families in Greece. “Either we were all going to make it together, or none at all.” Fatma Al-Hasan and her six children are among the 57,000 refugees currently awaiting relocation to another country or possible asylum in Greece.

I met Fatma, who is a painter, poet and mother of eight (two of her children are in Germany with her husband), in one of the poetry workshops I recently offered in refugee centers in Greece. On this trip, which is my fifth since I first began welcoming rafts to the island of Lesvos in 2015, I witnessed a new layer of the crisis. In addition to the continued exodus of families from war torn countries in the Middle East and Africa—which can also be described as the biggest intergenerational, multilingual peace march since WWII—there is a deepening crisis in Greece as the number of refugees waiting in limbo continues to rise, their long term fate unknown. 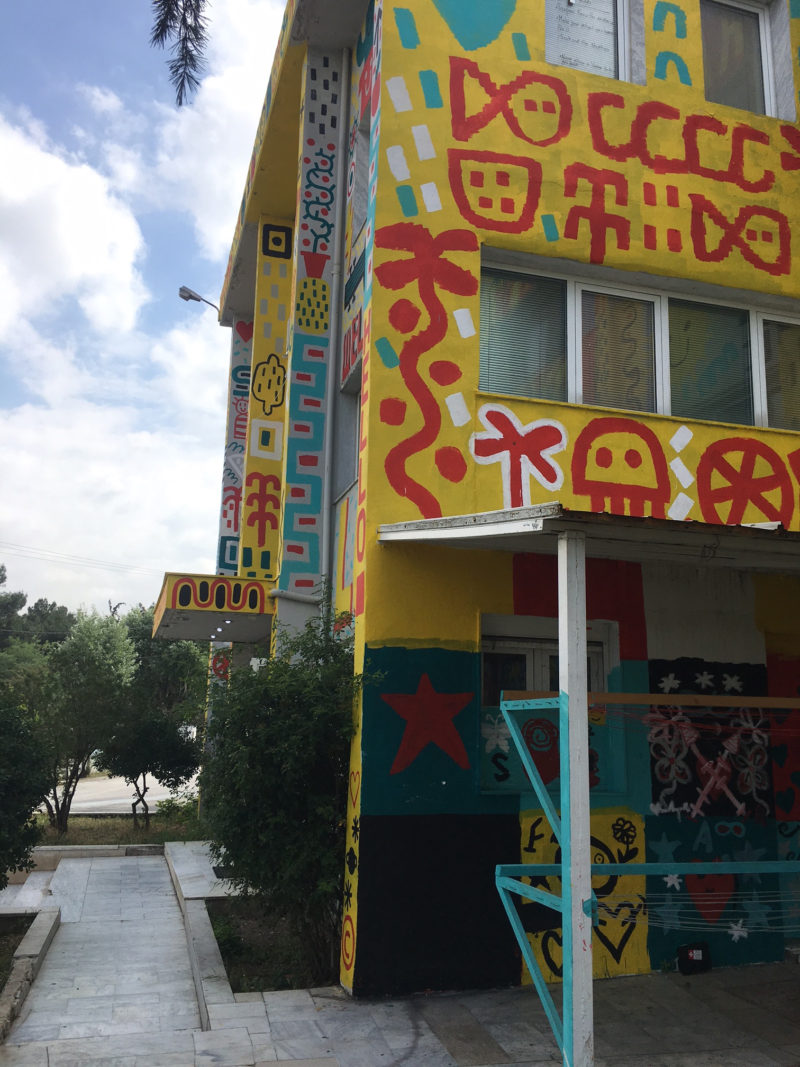 Fatma Al-Hasan and her family are currently staying in Elpida, in Thessaloniki, the second largest city in Greece. Elpida is a model space (in the realm of refugee “camps”) with 99 residents, 70% of whom are children who, now, are going to Greek schools each day. Each family has a small room and shares common bathrooms and a big kitchen. In Elpida there are no demeaning lines where people have to wait to be served food and get supplies. There is quality health care and access to fresh food. The walls are blush with murals the residents have painted. There are classes, counseling, and regular transportation to the center of Thessaloniki.

At the poetry workshops, alongside Fatma Al-Hasan and her close friend Sanaa Chuaibi, who was a founder of a school for children before she had to flee Syria with her family, were other women wanting to write poetry, including those who could neither read or write in their own languages. Given these language difficulties, the poetry I did with them was by way of the body, speaking through yoga which we practiced together in their rooms after the workshops as they graciously offered sweetened tea and homemade food. In the workshops I witnessed a stunning level of concentration among the women as they read their writing out loud and revised poems even as their children ran in and out of the room, needing kisses and hugs, directions for their homework, and assurances that their mothers were still there.

In Thessaloniki there is also a hotel for “unaccompanied minors” (young men from 14-19), many of whom had lost years of schooling in their home communities (in Syria, Algeria, and Afghanistan). Although these young men are “free” to leave the hotel during the day, many have been in interminable limbo for more than a year, robbed of schooling in their countries and now, not in school either. (It felt like a lost generation, running parallel with many young people in the US caught up in the punishment industry and relegated to underfunded schools). Despite these challenges, the young men tried to hang in there during the poetry workshop, writing haiku as a way to introduce each other, helping each other in multiple languages.

From Thessaloniki I traveled to Athens, where I taught poetry workshops at Khora, an innovative, independently run community center for refugees, that is housed in a five story building in the heart of the city. 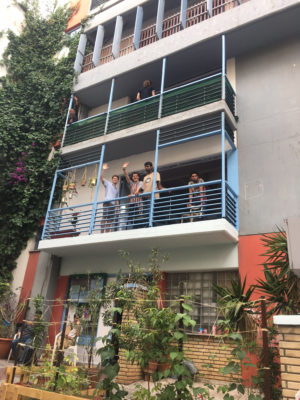 At Khora, volunteers are in the background, not in charge. A free, delicious hot meal is served in a restaurant environment every day. There are free language classes (in English, German, and Greek from 9:00 am to 7:00 pm), along with high quality childcare, legal services, a sewing room, balconies, and lively conversations. In each class the students guided me. In one, a young Syrian woman asked, “can we start with Jehan Bseiso’s poem After Allepo? I am from that city.” An Afghan mother whispered her comments for the class into her son’s ear who then translated them into English. The students taught me to change my writing prompts on the spot to make my teaching more communal. Individual free writing planned for five minutes turned into the class writing a collective poem, each person offering one line. My initial plan for them to write their own stories turned into their writing a list poem together on the board of ten things they do now they didn’t do before.

When teachers of the language classes joined the poetry workshops, I got a chance to show ways to keep emotion in the room, to not back away from people’s sadness, anger, and hurt that they expressed through their writing. In one workshop I met Abbas Sheykhi, a young father who wrote the heart of his poem during the workshop and then finished it in the hallway as his daughter circled around his legs after the class.

In the Belly of the Sea

We were in a boat

We were afraid of the darkness

The waves sent us to the sky

and the sky cried for us

and men were praying

I prayed but didn’t cry

because of my small daughter

our son in my wife’s belly

whispered to us, don’t worry

the sea calmed down

While in Athens, I met a Syrian man, Sumer Bitar, who had recently learned that as an openly gay man, his asylum application to Sweden had been accepted. Sumer invited me to an “LBGTQI Festival of Nations” which turned out to be an outrageously fun evening in a squatted building in the anarchy district in Athens. The fifty plus LGBT refugees, including a number of transgender women, created a four course Syrian meal (on one jerry-rigged heating unit) while dancing to fabulous music, shimmy-ing and bumping and grinding into the wee hours. Between dances, one of transwomen explained, “We left Syria to escape the bombs, we left Turkey to save our lives.” LGBT refugees are living incredibly close to the bone in Athens, without health care or enough food, as most refugee centers are not safe for them.

Once in Lesvos I learned of the arrivals of new rafts of people now joining thousands who are in limbo, either in two of the big camps, Kare Tepe or Moria (which is still run like a prison), or in smaller spaces (hotels, makeshift buildings, etc.). Through Philippa and Eric Kempson, activists in Lesvos who have been working with refugees from the beginning, I found my way to a remarkable space in Mytilini, One Happy Family. Like Khora in Athens, One Happy Family is largely run by refugees themselves. Among the people I met was the filmmaker Fridoon Joinda and his brother, the actor and singer Jalal Joinda, nationally known artists when they were still in Afghanistan who, since they were forced to leave, are now running a radio station and making videos from a creatively constructed space pitched on an outer wall of the One Happy Family building. This is an exceptional video they made when they were still in Afghanistan:

And this is a short video they made featuring the One Happy Family refugee center:

Fridoon was recently granted “permission” to leave Moria for Athens. Meanwhile, his younger brother has been denied permission (for no apparent reason) and Jalal is still waiting. It is all horrendous, the unyielding bureaucracy, the arbitrary cruelty, the splitting of families, the months, now years of waiting, families’ whole lives put on hold, dangling mid air with no safety net. Meanwhile, the radio station was broken into last week and precious equipment that Fridoon and Jalal need to keep making videos (which may be the only professional quality videos made by refugees that are currently available on YouTube) was stolen.

While in Lesvos, I worked with a refugee from Moria (the center/prison) whose asylum case has been rejected twice, partly because he had no words to explain what he had lived through. Under the shade of several protective trees and a wisteria vine, we spent 12 hours together, as he dictated his story as a child soldier, who, somehow make his way to Greece. At this stage of the crisis, one of the biggest needs is for people with training in ethnography, trauma therapy and the law who can help people get their stories on paper. Without this witnessing, people who, because of trauma have not been able to fully represent what they have been through, are being denied asylum, then still in limbo, risking deportation.

As rafts continue to sneak by the Turkish and Greek coast guards, volunteers stand on the hills where I used to stand, now scanning with fancy telescopes, for the latest arrivals. Even as the mainstream media might lead us to think the crisis is over, we know different. People are still coming, now, at least half coming from Africa including Nigeria, Eritrea, and Algeria. They come wet and tired, risking their lives to save their lives. I am moved and honored to be a witness.

Praise this only stand-alone building in Athens for its ingenuity

Praise the tall man from Cote d’Ivoire who refuses to write in class, saying he has no time to think about his past

Praise the teenager who wrote, “they shot us as if we were deer”

Praise the Afghan teenager who wrote a haiku about his eight cousins, “my mother became/ their mother, not enough/ to go around”

Praise the soldier from Syria who said, “can we write about anything, even if it is scary?”

Praise the mother who wrote in Farsi, “I sewed my children’s body parts to mine on the raft”

Praise the artist who wrote in Arabic, “the sea did not save my memories or my paintings”

Praise the Syrian woman who wrote, “the white postbox stood alone after the bomb took everything else”

Praise the twelve-year-old who said, “I carry my soul in my hands.”

Praise the mother who wrote, “I sleep with the sea, I do not sleep.”

Praise the teachers who come to teach for we know not what we are doing. 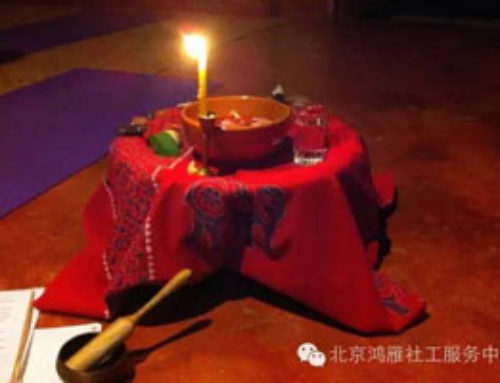 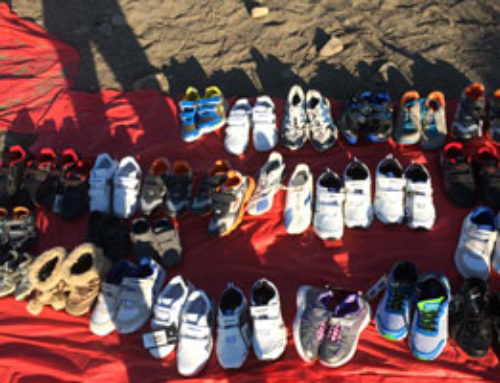 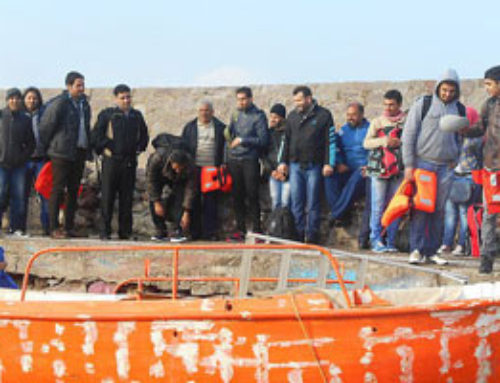 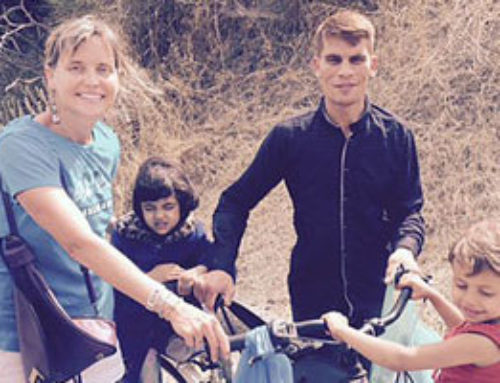 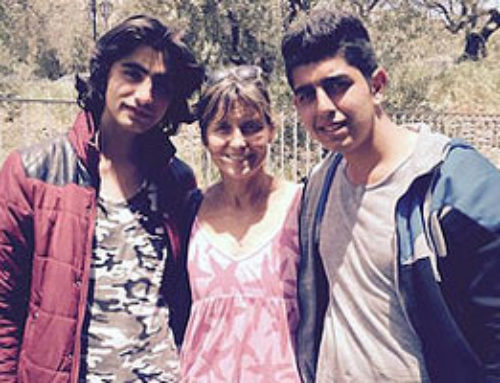